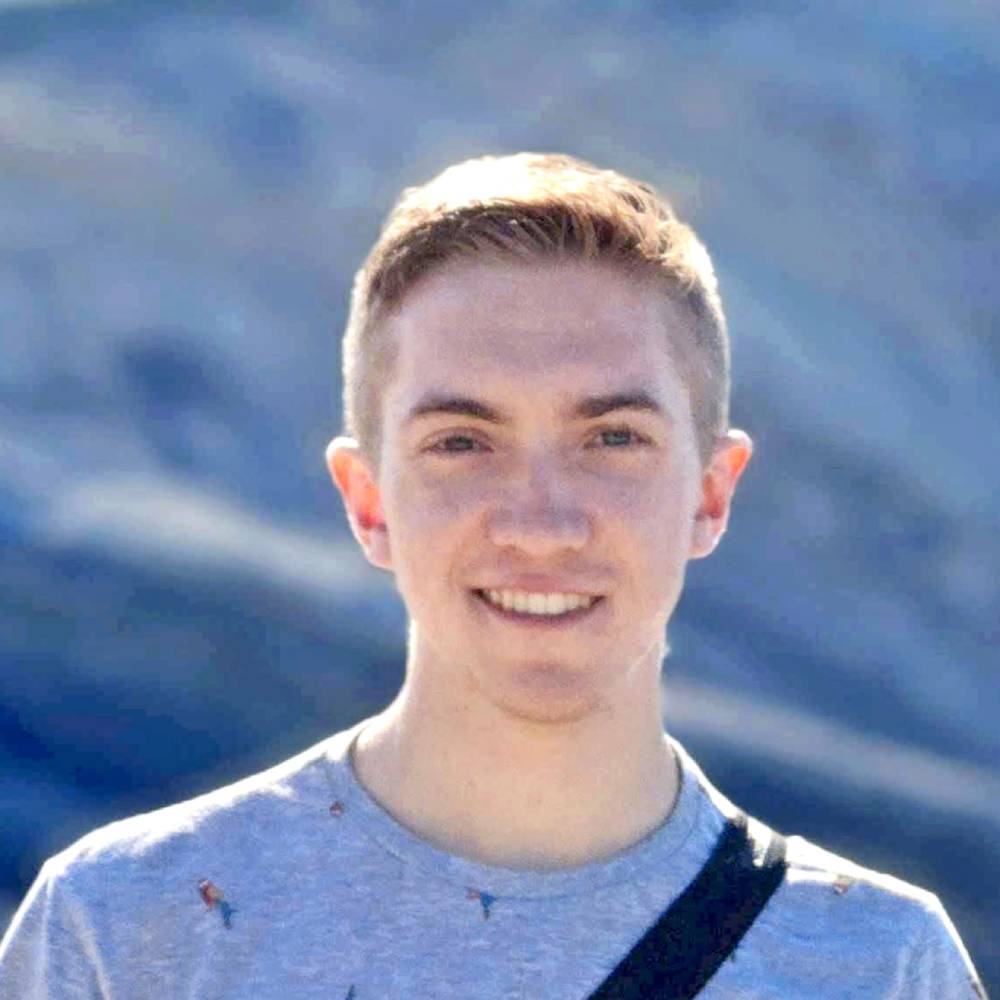 Typing long URLs in VR sucks. As of Aug 2020, the default Oculus Browser doesn’t have a way to send websites from a companion device to the headset, which means you have to type each URL out by hand using the finicky virtual keyboard and motion controls. There had to be a better way…

I wondered, how can we get a link to a headset without having to remember any special codes or sign into a service? The answer lies in a clever service called ShareDrop, an AirDrop replacement for the web. The trick is to assign visitors to private rooms based on their public IP, which limits connectivity to within a local network.

At this point in time I was learning how to use React (actually Preact, for its small size) and thought this would be a perfect opportunity to apply my skills. First I wanted to secure a domain. Luckily I snagged a short yet expressive one, hmd.link, for just $5. I built a rough prototype with Netlify and Firebase, which was funcitonal but not pretty: 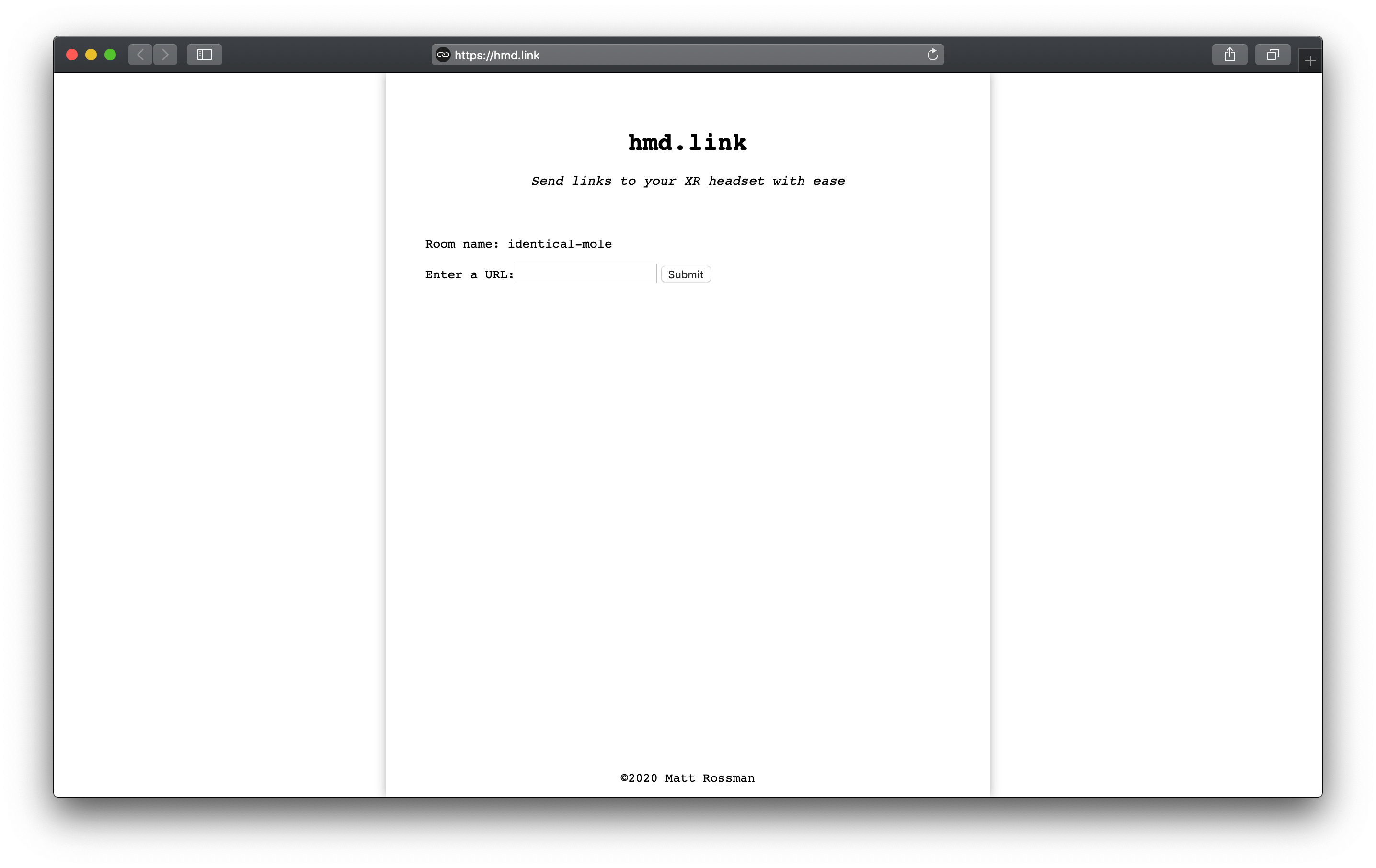 I spent a while frantically switching between build tools like Parcel and Webpack because I ran into features that were unsupported by one or the other. Eventually I settled on Webpack, because while it’s a pain to set up, it has the most overall support.

Here’s the inital sketch from InVision:

Once I started implementing this, particularly while considering the layout on mobile devices, I realized that always showing both steps was a waste of precious screen space. This led to a redesign that kept the two steps as seperate views:

Lastly, I noticed that this UX was a little overwhelming for new users, as it didn’t clearly communicate a conceptual model for how the site works. Instead of jumping straight into the “Enter a URL” screen, I wanted to show users that the site provides a space for them to put links, and offer them a means to do so. This led to the design of this “waiting” page, which incorporates a nice animation that conveys that there is some networking going on and that users are expected to take some action (enter a link). This also gave me a space to add an info button to provide clearer instructions. 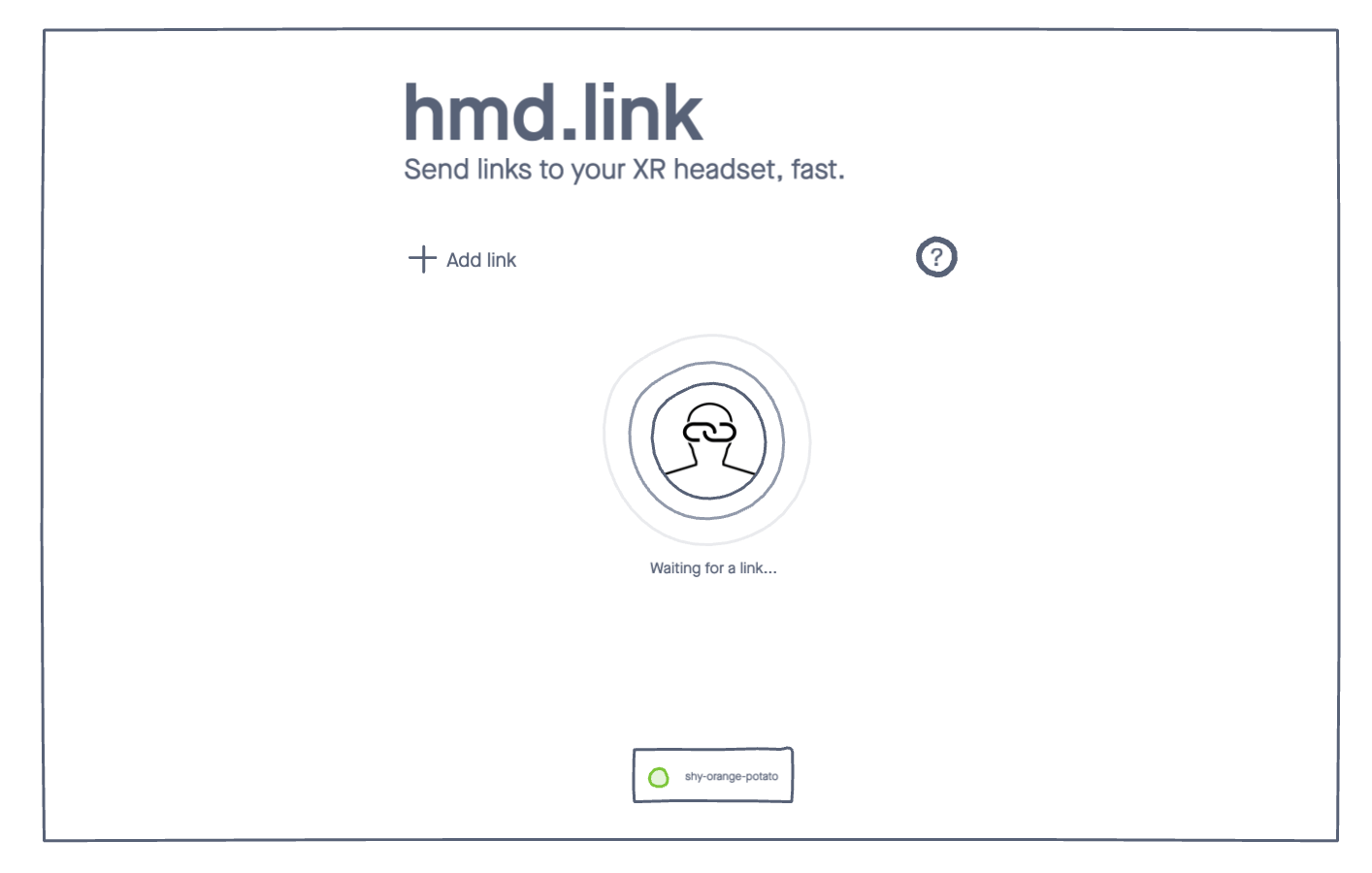 The waiting screen is replaced by the link preview when a link is stored, so this flow doesn’t slow things down on the headset side. 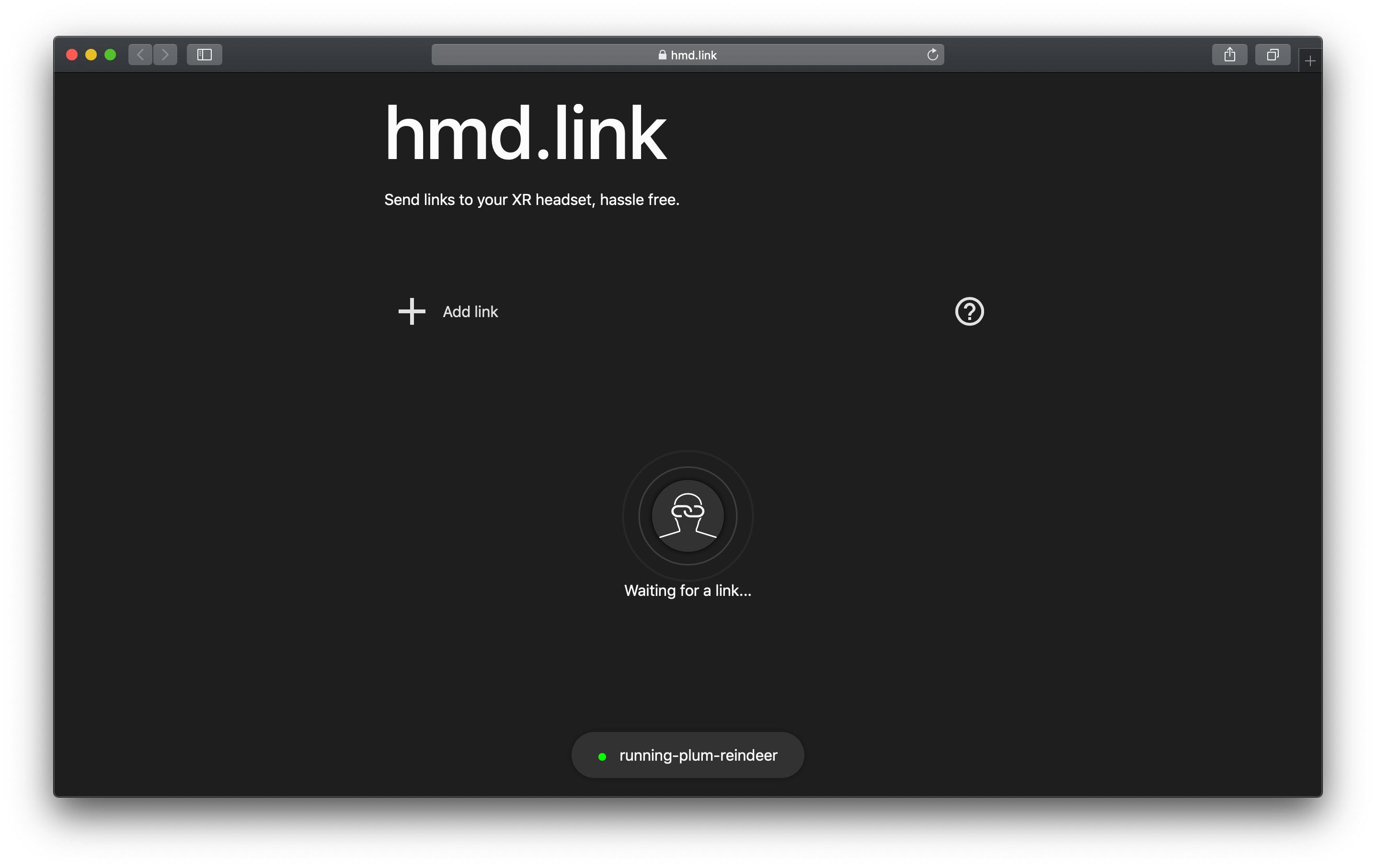 The layout is responsive, so it works great on mobile as too: 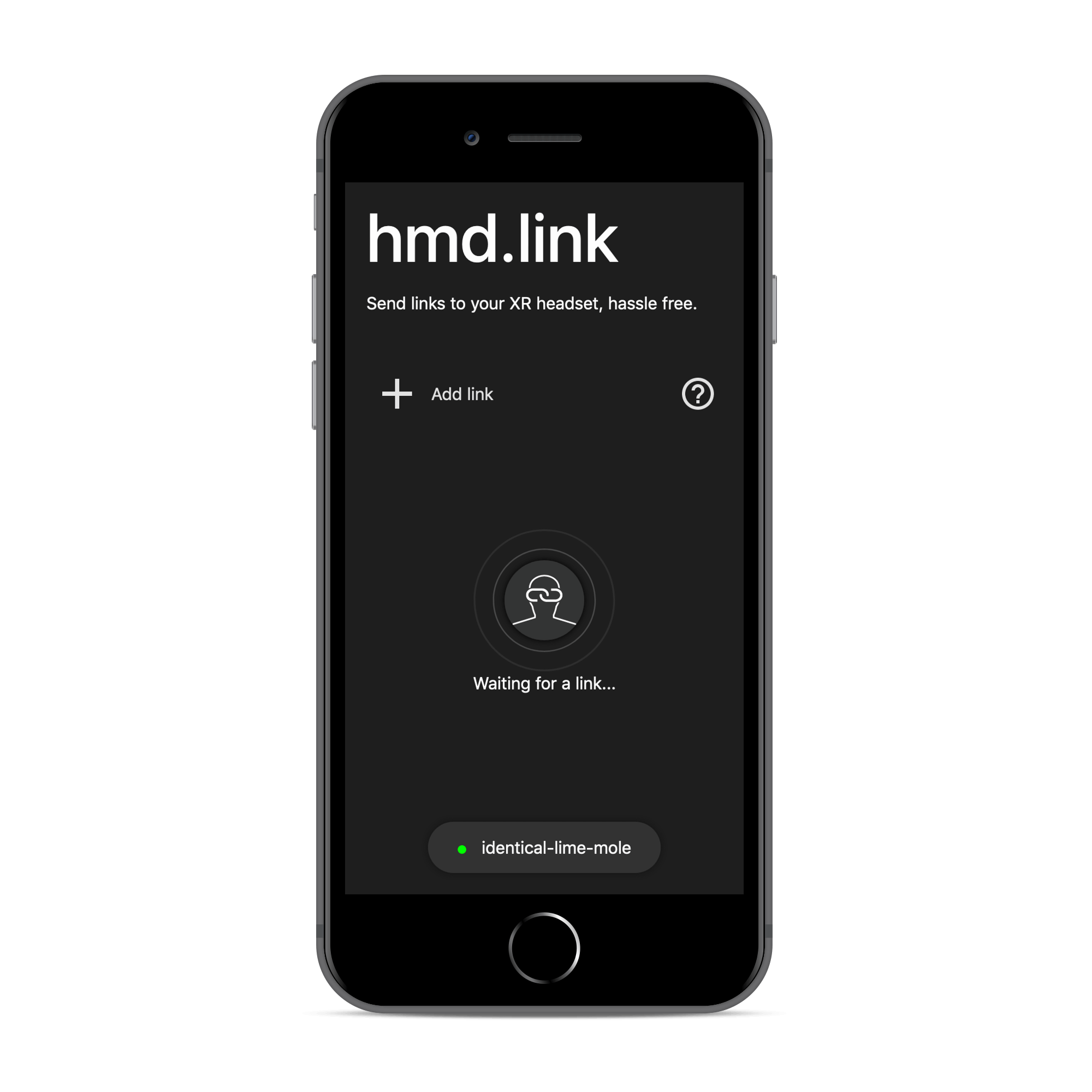 Here’s what some folks in the XR community on Twitter had to say:

This is by far the best solution thus far to the problem of sending links via a web browser! It's just **barely** beyond my 30 second test, but with some small tweaks could easily get there! Highly recommend checking it out! https://t.co/ZEuRqXbKx4

Now that @firefox @mozillaReality is no more 😢 https://t.co/EwS8VvdaF7 this becomes a crucial service.

For #WebXR to thrive, sharing a link should remain trivial regardless of platforms. 🦾 https://t.co/Rhe59rHPNf